He qualified as a doctor in 1996 from the University of Leicester Medical School. He has been registered as a medical doctor with the General Medical Council since 1997. He has undertaken extensive surgical training at various hospitals in Leicester, London, Hertfordshire & Bedford. Between 1997 and 2002 Dr Amin has worked in General & Vascular Surgery, Urology, Orthopaedics & ENT. He qualified as a GP (General Medical Practitioner) in 2003 and has been providing aesthetic treatments since 2009.

Dr Khanbhai has been a GP for 13 years and his NHS practice is based in Edgware. He has been treating patients in his private practice since 2008. His specialist interests are dermatology, minor surgery and men’s health but has experience in all areas of general practice. He is also passionate about GP training and trains doctors on the London GP training rotation. Dr Khanbhai is available to see patients at the Thornhill Clinic in Luton or at Watling Medical Centre in Burnt Oak or Stanmore. All consultations are by appointment. 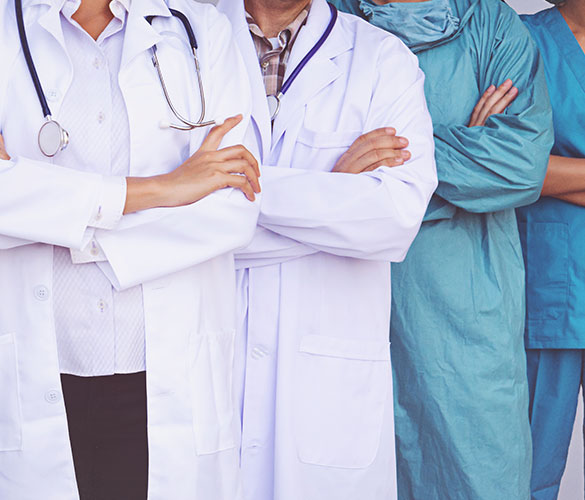 Mr Gregory is the Registered Manager. He has over 15 years management experience working within the NHS and private healthcare sectors. Mr Gregory was born in London and is accredited with various DNA agencies to carry out extensive drug and alcohol testing and DNA testing for both legal and personal reasons. He is also an RAF Veteran. Mr Mohammed Asad Saleemi is a highly trained NHS consultant of more than 20yrs experience, who also runs private clinics with us at Thornhill Clinic where he has performed over 1500 adult circumcisions. Mr Saleemi also runs a private prostate cancer clinic here where he can check your PSA levels and bladder flow. Mr Saleemi graduated from St Thomas’ Hospital Medical School in 1990, before training in surgery at St Peters Hospital Chertsey. He became a Fellow of the Royal College of Surgeons (FRCS) in 1995. After this, he underwent five years of specialist training at Guys and St. Thomas’, while completing an MSc in Urology at University College London. Dr Seth attained his medical degree from St George’s University in Grenada. His time there allowed him to experience both the UK and US healthcare systems. He passed the US examinations and went to a plastic surgery rotation at Coney Island Hospital, New York, affirming his desire to pursue a career in this field.